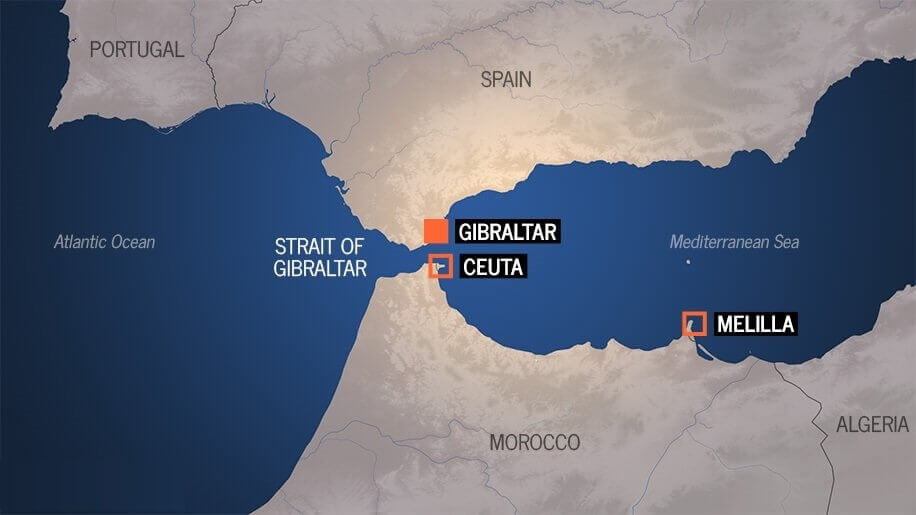 The Spanish Ministry of the Interior announced that the borders of Ceuta and Melilla, which separate Morocco from Morocco, will remain closed for another month due to the emerging Corona virus crisis.

Previously, it was announced a ban on entry for arrivals from Morocco until June 30. However, in line with the ministry’s new announcement, the borders will remain closed until July 31.

According to the new restrictions imposed by the Spanish authorities, those coming from Morocco will not be allowed to enter the country. When the Spanish government decided to close the border with Morocco, they assured that they were only following the principle of reciprocity.

The Trajal border in Ceuta and the Beni Ensar border in Melilla have been closed since March 2020 when the Spanish government declared a state of alert and ordered lockdown measures, TheSchengen.com reports.

Since then, the only people allowed to cross the land border between Spain and Morocco are nationals of Spain or EU member states who have been trapped in Morocco due to the coronavirus outbreak.

Persons who are allowed to enter Spain from Morocco under certain conditions must fill out a health surveillance form in addition to providing evidence of vaccination against COVID-19, a negative test result, or evidence of previous recovery.

Besides Morocco, the country has already banned entry to many other countries where the coronavirus and its variants have spread widely.

Conversely, legal residents of the European Union, persons holding a long-stay visa issued by a Member State, highly qualified workers, students studying in an EU Member State, and traveling for essential purposes are not subject to such restrictions.

In addition, on the recommendation of the Council of the European Union on non-essential travel, the Ministry of the Interior confirmed that countries will reduce infection rates, such as Australia, Singapore, New Zealand, China, Rwanda, South Korea, Thailand and many other countries that have been added to the list of epidemic-safe countries will be allowed to enter Spain .

So far, Spain has identified 3,792,642 cases of coronavirus and 80,789 deaths. So far, the country has provided about 40,565,038 doses of vaccine, which means that 53.1 percent of the population has received at least one dose of the vaccine, while 36.3 percent have been fully vaccinated.

Earlier, the Spanish government announced that the travel ban imposed on arrivals from Brazil and South Africa would be extended until July 20 as both countries record high infection rates.