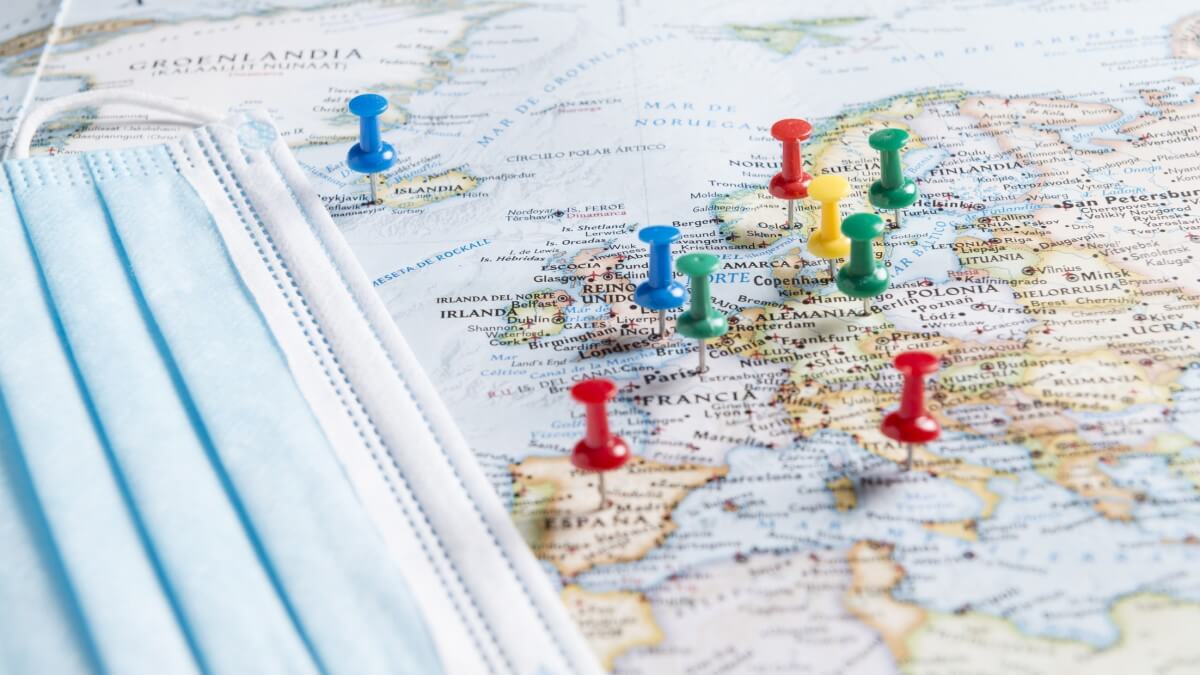 The process of air travel may be easier from now on, after countries across the European Union decided to cancel the majority of travel restrictions imposed due to the Corona virus, while many airlines have also announced that they will cancel some of the requirements they introduced to stop the virus.” Greater spread, such as wearing a face mask during flights.

According to the latest figures published by the European Center for Disease Prevention and Control (ECDC), the epidemiological situation in European countries has begun to improve, TheSchengen.com reports.

In addition, figures provided by the Centers for Disease Control and Prevention revealed that European countries such as Spain, Hungary, Romania, Poland and Malta are recording fewer cases of COVID-19 infection.

This announcement also helped countries to begin to remove the majority of restrictions and gradually return to daily life, considering the virus more like an endemic disease.

In this regard, the following European airlines have updated their COVID-19 mask rules for travel:

The Irish airline still requires passengers to wear a face mask or a covering at the airport, according to its official website.

In addition, some states require that they have a surgical face mask; However, according to the announcement, passengers traveling to or from Italy, Austria or Germany are required to have an FFP2 face mask on.

However, CEO Michael O’Leary stressed that he expects that requirement to be lifted by late April or late May.

The British-German leisure, travel and tourism company has raised requirements for face masks for passengers planning to travel to and from England and Northern Ireland.

However, the airline continues to urge passengers to wear them.

Swiss airline EasyJet requires all passengers aged six years and over to continue to wear a face mask during flight.

In addition, the airline stressed that passengers without masks will not be allowed to board the easyJet plane.

Face masks must be worn at the airport and at the gate upon boarding and throughout the flight. Passengers who do not wear masks will not be able to board the plane.”

British airline Jet2 also requires all passengers aged six and over to wear a face mask on flights.

However, there are some exemptions that apply. According to a Jet2 spokesperson, wearing a face mask is no longer a legal requirement in Northern Ireland and England, including at airports or on board “our planes”.