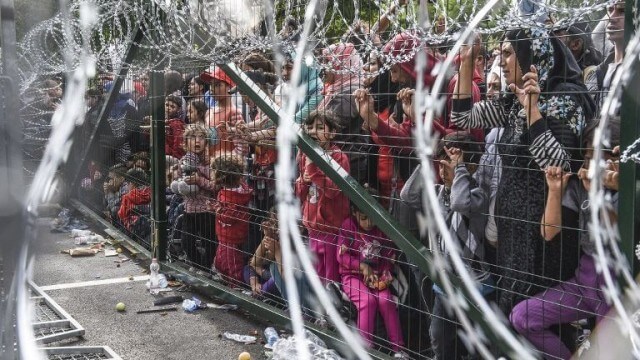 During the second day of the EU leaders summit held in Brussels last week, the leaders accused Belarusian President Alexander Lukashenko of fomenting unrest within the region.

The reaction of EU leaders came in the wake of a wave of refugees and migrants trying to enter Poland illegally through Belarusian territory. Such actions are seen as the actions of Lukashenko, who, according to his political opponents, uses immigrants in order to destabilize the bloc, TheSchengen.com reports.

According to German newspaper Deutsche Welle, during the summit, the President of Lithuania, Gitanas Nosoda, called on the EU authorities to immediately adjust immigration policies and build a physical fence in order to control such illegal actions.

However, after the summit, European Commission President Ursula von der Leyen said the Commission would not fund any fences or barbed wires, noting that EU countries should not put up any physical barriers.

Shortly after the summit, the EU Commission came out with several conclusions, including on immigration issues. In line with the conclusions published by the Council of the European Union, the Commission has been invited to urgently submit proposals and mobilize funding for actions related to all migration routes.

“The EU will continue to counter the ongoing mixed attack of the Belarusian regime, including by adopting further restrictive measures against persons and legal entities, in line with its step-by-step approach, as a matter of urgency,” the EU Council statement on the conclusions paper reads.

In addition, it was concluded that the council would not accept any attempt by third countries to harness migrants for political purposes. Besides, it was emphasized that the Council condemns all hybrid attacks on the EU borders, and will respond accordingly.

The council added that “efforts should continue to limit secondary movements and ensure a fair balance between responsibility and solidarity among member states.”

Moreover, several migrants’ documents were found at the Belarus-Poland border crossing point, indicating that the migrants were persuaded to travel to Belarus with a false promise.

These documents indicate that the migrants arrived in the country via declared tours of Belarusian travel companies but instead ended up in life-threatening situations and closed borders.